Few films divide opinion quite as sharply as D.W. Griffith’s The Birth of a Nation, so there was certainly trepidation when the BFI’s new blu-ray landed on the doormat of South West Silents. But never one to shirk a controversy or to avoid tackling the elephant in the room head-on, our very own James Harrison has stepped into the breach to pick apart this new edition.

To say that a lot has been said about D.W. Griffith’s The Birth of a Nation (1915) would be an understatement. Probably no other film in the history of cinema has had so much hate and praise bestowed on it in equal measure. But I’m not here to say whether you should celebrate or condemn such a film, I will leave that to others. If you do want to read more about this I highly recommend Paul McEwan’s BFI Classic Book, Melvyn Stokes’ incredible D.W. Griffith’s The Birth of a Nation: A History of the Most Controversial Motion Picture of All Time, and it is definitely worth finding the BFI’s recent The Birth of a Nation at 100 panel discussion, which can be seen in its entirety on Youtube.

Whatever the case may be about the film and its place in the history of cinema, a well-established commercial release of it has been a long-time coming, especially in the United Kingdom. Apart from a VHS release by Connoisseur in 2000, and a DVD release by Eureka Entertainment in the same year, Birth of a Nation has been overlooked for nearly 15 years. Then suddenly in July 2013 Eureka’s Masters of Cinema label released the film separately on both DVD and blu-ray. Move on a couple of months down the road and the BFI announces the release of The Birth of a Nation on blu-ray for the films centenary year in 2015.

But has the wait for the centenary version been worth it? The Masters of Cinema (MOC) release was very much a surprise when it was first announced, but a hint of disappointment came from quite a few silent film enthusiasts due to the lack of new material supporting it. Many compared it to the US Kino release, a 3 disc Deluxe Edition which had come out almost two years before and realised that the UK release was an almost an exact copy of that. But when comparing the two, the MOC version does seem to be superior; down in large part to the fact that the image on the MOC version is a lot darker, richer and sharper than the overly bright Kino edition, even though both editions come from the same print. Yet even the image on the UK release does at times struggle with the same brightness issue. This problems ends up distorting some of the finer detail at a number of points in the film and it is rather hard to ignore at times. Notably both editions come with the same score played by the five piece chamber ensemble Mont Alto Motion Picture Orchestra. While it is an admirable soundtrack in its own right, you would have thought that someone might have suggested a much grander score for a film of this scale and scope. 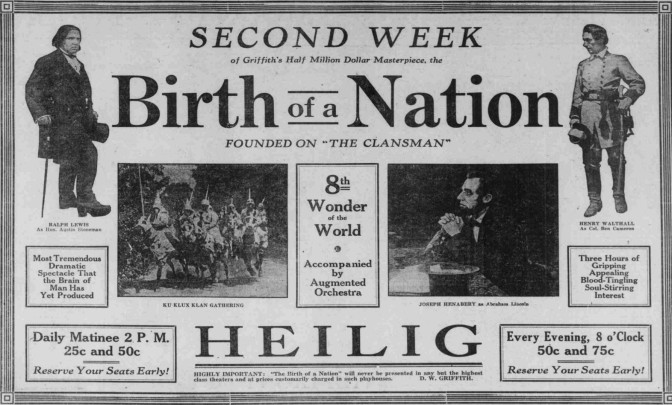 So what does this new BFI release have to offer? The first big surprise are the extras; the BFI have done themselves proud as there are some really rare gems to be found here, from contemporary film and audio around The Birth of a Nation, to short features from the period included for context. Alongside original camera tests for The Birth of a Nation, we also get to see the specially shot introductions and intermission break films, made with Walter Huston and Griffith, made for the sound reissue of the film in 1930. Another treat is the included audio recording of Griffith discussing the pioneering years of American Cinema on the Lux Radio Theatre, with regular host Cecil B DeMille.  Among the contemporary shorts included we find Reginald Barker’s The Coward (1915), two different cuts of Thomas H Ince’s The Drummer of the 8th (1913), as well as Mack Sennett’s Stolen Glory (1912) which is really worth watching. Another important addition is Griffith’s The Rose of Kentucky (1911) a film that puts the Klansman in a very negative light. Add to this some modern day extras, including a newly filmed 20 minutes interview with the film historian Melvyn Stokes which gives you a really great introduction to the world of Griffith and his infamous film, as well as a video of the aforementioned panel discussion ‘Birth of a Nation at 100’ recorded earlier this year at the BFI Southbank.

Finally, the usual BFI illustrated booklet also features some brilliant essays by writer Ashley Clark and film historian Kevin Brownlow. Both men explain and argue the problems with the film and its place in the history of cinema, while Patrick Stanbury of Photoplay Productions provides an essay detailing his efforts to restore The Birth of a Nation to its former glory.

I won’t go into great detail about how The Birth of a Nation actually looks in this version, I want you to judge that for yourself. But what I will say is that from my point of view, and I have seen the film a number of times over the years, the film looks absolutely beautiful throughout! The restoration hardly shows any major damage or dirt on the film whatsoever, the picture is crisp, the colour tones as well as the contrast are also perfectly judged. The reason for such a successful restoration is down to the hard work by both Patrick Stanbury as well as Rob Byrne of the San Francisco Silent Film Festival. Both Patrick and Rob should be commended for their efforts to make this 100 year old film look almost picture perfect for the first time in decades!

I am also thrilled to say that the musical score goes hand in hand with the visual restoration as well. The score is composed and conducted by John Lanchbery (1923 – 2003) and the Symphony Orchestra of Radio-Television Luxembourg, which was first used in the 1993 Connoisseur VHS, has now at last been cleaned up and is presented in not only 2.0 stereo but also in 5.1 surround sound. This includes the majority of Joseph Carl Breil’s (1870 – 1926) original 1915 orchestral score for The Birth of a Nation with some minor changes made by Lanchbery himself when he first recorded it in the early 90s. The score works perfectly and at long last we get an accompaniment which works with the epic scope of The Birth of a Nation.

The BFI have done an incredible job putting such a release together, especially since they are competing with the earlier MOC release. When comparing both UK releases the BFI version does come out on top thanks to the far better print quality, superior soundtrack and a wider selection of impressive extras. I don’t think you would find a better presentation of D.W. Griffith’s most infamous film in the world, let alone in the UK! I cannot recommend this BFI release enough! 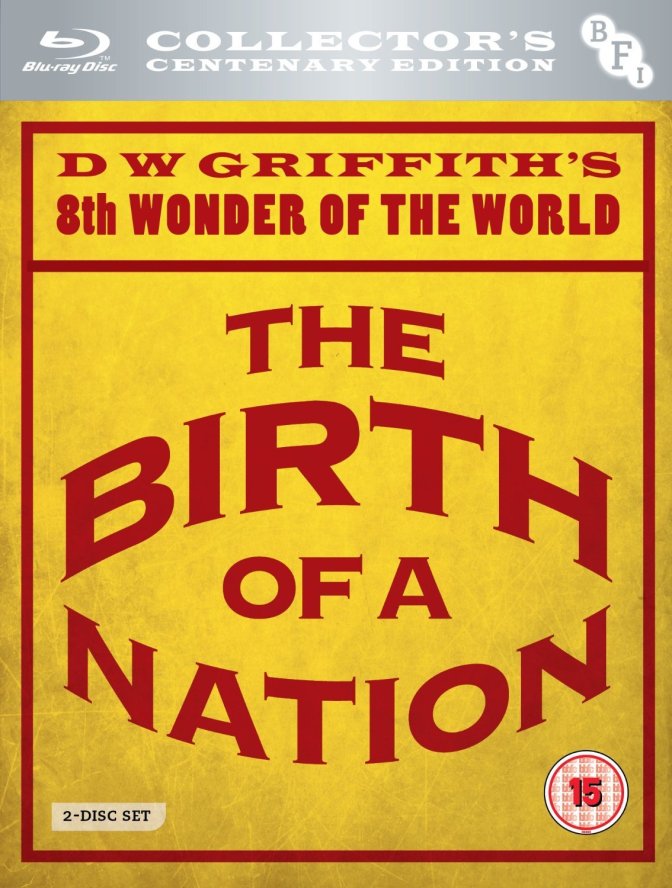